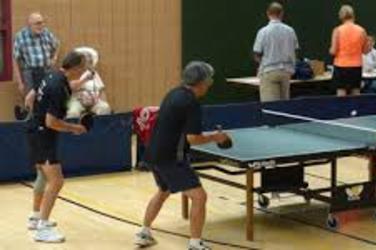 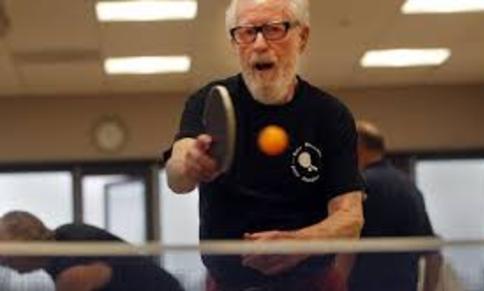 The sport originated in Victorian England, where it was played among the upper-class as an after-dinner parlour game. It has been suggested that makeshift versions of the game were developed by British military officers in India in around 1860s or 1870s, who brought it back with them. A row of books stood up along the center of the table as a net, two more books served as rackets and were used to continuously hit a golf-ball.

It had several different names, including 'whiff-whaff'. The name "ping-pong" was in wide use before British manufacturer J. Jaques & Son Ltd trademarked it in 1901. The name "ping-pong" then came to describe the game played using the rather expensive Jaques's equipment, with other manufacturers calling it table tennis. A similar situation arose in the United States, where Jaques sold the rights to the "ping-pong" name to Parker Brothers. Parker Brothers then enforced its trademark for the term in the 1920s making the various associations change their names to "table tennis" instead of the more common, but trademarked, term.

In the 1950s, paddles that used a rubber sheet combined with an underlying sponge layer changed the game dramatically, introducing greater spin and speed. These were introduced to Britain by sports goods manufacturer S.W. Hancock Ltd. The use of speed glue increased the spin and speed even further, resulting in changes to the equipment to "slow the game down". Table tennis was introduced as an Olympic sport at the Olympics in 1988. 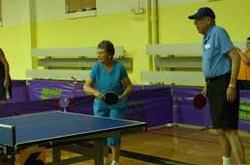 Table Tennis is sport that can be played by any one at any age. It does not require much physical ability and can be enjoyed the whole family.. The sport is very safe and is easy on the joints. Playing Table tennis can also provide many benefits. It stimulates the brain, helps improve hand-eye coordination, and maintain flexibility. Table Tennis is fun and can be very competitive.

​Deadline to register 5 days prior to event

Events is held at the Daniel Fernandez Park 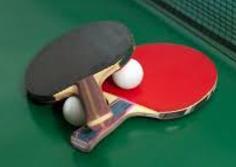