COVID-19 INFORMATION
Back to Top of Page 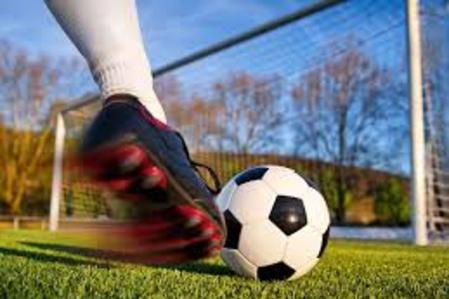 Soccer has been a favorite sport for many and has many great health benefits. Playing soccer builds strength, keeps your body flexible, and improves your overall endurance. The constant transition from walking, running, and sprinting will improve your overall health. Playing soccer will quickly lower your body fat, improve muscle tone, and increase bone strength. This sport is most popular in the European countries and is the national sport of Brazil. Soccer is quickly becoming more and more popular in America. You can choose to play for fun with any numbers of players in any open field or stay on the competitive side. Soccer does not cost much to play. All you need is a ball and an open area to play in.

According to FIFA, the Chinese competitive game cuju (蹴鞠, literally "kick ball") is the earliest form of football for which there is scientific evidence. Cuju players could use any part of the body apart from hands and the intent was kicking a ball through an opening into a net. It was remarkably similar to modern football, though similarities to rugby occurred. During the Han Dynasty (206 BC – 220 AD), cuju games were standardised and rules were established.

Phaininda and episkyros were Greek ball games. An image of an episkyros player depicted in low relief on a vase at the National Archaeological Museum of Athens appears on the UEFA European Championship Cup.Athenaeus, writing in 228 AD, referenced the Roman ball game harpastum. Phaininda, episkyros and harpastum were played involving hands and violence. They all appear to have resembled rugby football, wrestling and volleyball more than what is recognizable as modern football. As with pre-codified "mob football", the antecedent of all modern football codes, these three games involved more handling the ball than kicking.Non-competitive games included kemari in Japan, chuk-guk in Korea and woggabaliri in Australia.

Association football in itself does not have a classical history. Notwithstanding any similarities to other ball games played around the world FIFA have recognised that no historical connection exists with any game played in antiquity outside Europe. The modern rules of association football are based on the mid-19th century efforts to standardise the widely varying forms of football played in the public schools of England. The history of football in England dates back to at least the eighth century AD.

The Cambridge Rules, first drawn up at Cambridge University in 1848, were particularly influential in the development of subsequent codes, including association football. The Cambridge Rules were written at Trinity College, Cambridge, at a meeting attended by representatives from Eton, Harrow, Rugby, Winchester and Shrewsbury schools. They were not universally adopted. During the 1850s, many clubs unconnected to schools or universities were formed throughout the English-speaking world, to play various forms of football. Some came up with their own distinct codes of rules, most notably the Sheffield Football Club, formed by former public school pupils in 1857, which led to formation of a Sheffield FA in 1867. In 1862, John Charles Thring of Uppingham School also devised an influential set of rules.

These ongoing efforts contributed to the formation of The Football Association (The FA) in 1863, which first met on the morning of 26 October 1863 at the Freemasons' Tavern in Great Queen Street, London. The only school to be represented on this occasion was Charterhouse. The Freemason's Tavern was the setting for five more meetings between October and December, which eventually produced the first comprehensive set of rules. At the final meeting, the first FA treasurer, the representative from Blackheath, withdrew his club from the FA over the removal of two draft rules at the previous meeting: the first allowed for running with the ball in hand; the second for obstructing such a run by hacking (kicking an opponent in the shins), tripping and holding. Other English rugby clubs followed this lead and did not join the FA and instead in 1871 formed the Rugby Football Union. The eleven remaining clubs, under the charge of Ebenezer Cobb Morley, went on to ratify the original thirteen laws of the game. These rules included handling of the ball by "marks" and the lack of a crossbar, rules which made it remarkably similar to Victorian rules football being developed at that time in Australia. The Sheffield FA played by its own rules until the 1870s with the FA absorbing some of its rules until there was little difference between the games.

The world's oldest football competition is the FA Cup, which was founded by C. W. Alcock and has been contested by English teams since 1872. The first official international football match also took place in 1872, between Scotland and England in Glasgow, again at the instigation of C. W. Alcock. England is also home to the world's first football league, which was founded in Birmingham in 1888 by Aston Villa director William McGregor. The original format contained 12 clubs from the Midlands and Northern England. 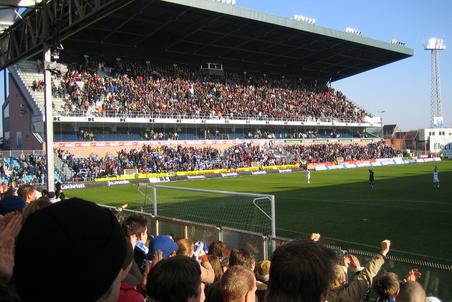 Events is held at the Daniel Fernandez Park 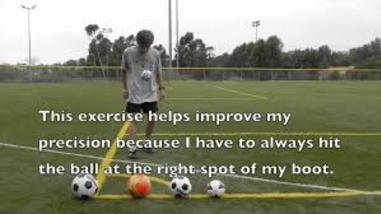