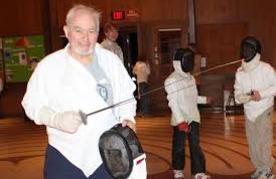 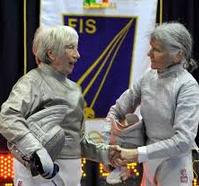 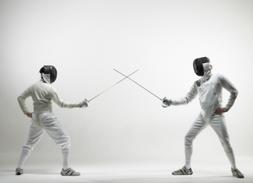 Fencing is an elegant sport with a rich history. Known as "physical chess," it helps maintain balance, posture ,and coordination in addition to cognitive focus and critical thinking skills. Fencing provides an Increased Anaerobic Fitness It is an explosive start/stop sport where periods of high intensity activity are interspersed by periods of recovery. Fencing will help develop the body’s ability to perform activity independent of oxygen consumption. This sport his requires the mind and body to remain agile and alert. Fencing is an offensive and defensive sport, balance is key. The constant motion strengthens the core and increases balance in day to day life as well.Increased Coordination: Unlike cyclic sports such as running and rowing, fencing requires the body to move in full range, forcing arms and legs to work together in a harmonious fashion as they attack, defend and counter attack. Coordination makes all these moves smoother and more efficient during a match.

The shift towards fencing as a sport rather than as military training happened from the mid-18th century, and was led by Domenico Angelo, who established a fencing academy, Angelo's School of Arms, in Carlisle House, Soho, London in 1763. There, he taught the aristocracy the fashionable art of swordsmanship. His school was run by three generations of his family and dominated the art of European fencing for almost a century.

He established the essential rules of posture and footwork that still govern modern sport fencing, although his attacking and parrying methods were still much different from current practice. Although he intended to prepare his students for real combat, he was the first fencing master to emphasize the health and sporting benefits of fencing more than its use as a killing art, particularly in his influential book L’École des armes (The School of Fencing), published in 1763.

The first regularized fencing competition was held at the inaugural Grand Military Tournament and Assault at Arms in 1880, held at the Royal Agricultural Hall, in Islington in June. The Tournament featured a series of competitions between army officers and soldiers. Each bout was fought for five hits and the foils were pointed with black to aid the judges. The Amateur Gymnastic & Fencing Association drew up an official set of fencing regulations in 1896.

Starting with épée in 1933, side judges were replaced by the Laurent-Pagan electrical scoring apparatus, with an audible tone and a red or green light indicating when a touch landed. Foil was automated in 1956, sabre in 1988. The scoring box reduced the bias in judging, and permitted more accurate scoring of faster actions, lighter touches, and more touches to the back and flank than before. 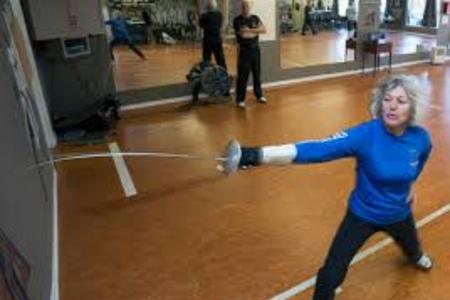