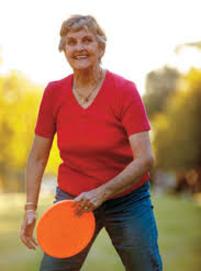 Both events are held at the Bernalillo

Recreation Center and include All Age Groups

Both events are held at the Daniel Fernandez Park

Fred Morrison discovered a market for the modern-day flying disc in 1938 when he and future wife, Lucile, were offered 25 cents for a cake pan that they were tossing back and forth on a beach in New Haven, CT. "That got the wheels turning, because you could buy a cake pan for five cents, and if people on the beach were willing to pay a quarter for it, well - there was a business," Morrison told The Virginian-Pilot newspaper in 2007.

The Morrisons continued their business until World War II, when Morrison served in the Army Air Force, flying P-47s, and then was a prisoner of war. Mustered out, Morrison sketched a design for an aerodynamically improved flying disc that he called the Whirlo-Way. By 1948, after design modifications and experimentation with several prototypes, Morrison and business partner Warren Franscioni began producing the first plastic discs, renaming them the Flyin-Saucer in the wake of reported unidentified flying object-sightings.

"We worked fairs, demonstrating it," Morrison told the Virginian-Pilot. The two of them once overheard someone saying the pair were using wires to make the discs hover, so they developed a sales pitch: "The Flyin-Saucer is free, but the invisible wire is $1." "That's where we learned we could sell these things," he said, because people were enthusiastic about them.

Morrison and Franscioni ended their partnership in early 1950, and in 1954 Morrison formed his own company, called American Trends, to buy and sell Flyin-Saucers, which were by then being made of a flexible polypropylene plastic from Southern Connecticut Plastics, the original molder. After learning that he could produce his own disc more cheaply, in 1955 Morrison designed a new model, the Pluto Platter, the archetype of all modern flying discs. He sold the rights to Wham-O on January 23, 1957, and in 1958 Morrison was awarded U.S. Design Patent D183,626 for his product.

In June 1957, Wham-O co-founder Richard Knerr decided to stimulate sales by giving the discs the additional brand name Frisbee (pronounced "friz'-bee"), after learning that Northeastern college students were calling the Pluto Platter by that name, the term "Frisbee" coming from the name of the Connecticut-based pie manufacturer, Frisbie Pie Company,which supplied pies to Yale University, where students started the campus craze by tossing empty pie tins stamped with the company's logo. "I thought the name was a horror. Terrible," Morrison told The Press-Enterprise of Riverside in 2007. In 1982, Morrison told Forbes magazine that he had received about US$2 million in royalty payments and said: "I wouldn't change the name of it for the world." 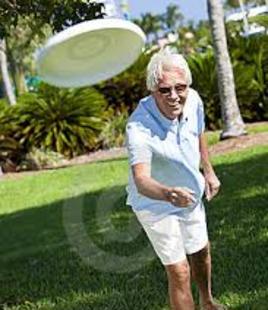 Frisbee is fun is sport you can enjoy anywhere and with any age group. People can play it for fun, but it can also be competitive. The hand - eye coordination and accuracy skills you develop can carry over into other sports. The benefits of playing Frisbee come in both physical and mental. With all the activity that comes with the sport, you can receive a full body workout. You will work your legs, hips, and arms when you are trying to throw or catch the Frisbee. You will be squatting, jumping, twisting , and running. All these benefit your health and wellness. Frisbee can be considered as interval training with the intensity a player can put into it. Playing this sport will increase their agility and burn many calories along the way. You also get to enjoy and appreciate the social interaction of the game. Frisbee can boost your mood as you share this activity with friends,  family, or even your coworkers during a team-building event. Frisbee is inexpensive to play but the benefits are invaluable. 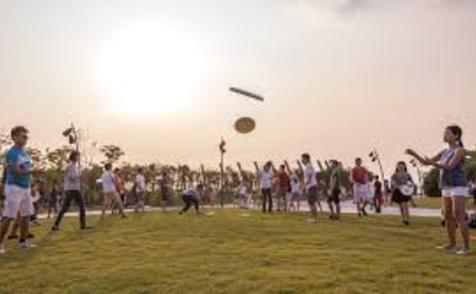