COVID-19 INFORMATION
Back to Top of Page

Historians believe that the game's ancient origin lay in 12th century northern France, where a ball was struck with the palm of the hand. Louis X of France was a keen player of jeu de paume ("game of the palm"), which evolved into real tennis, and became notable as the first person to construct indoor tennis courts in the modern style. Louis was unhappy with playing tennis outdoors and accordingly had indoor, enclosed courts made in Paris "around the end of the 13th century". In due course this design spread across royal palaces all over Europe. In June 1316 at Vincennes, Val-de-Marne and following a particularly exhausting game, Louis drank a large quantity of cooled wine and subsequently died of either pneumonia or pleurisy, although there was also suspicion of poisoning. Because of the contemporary accounts of his death, Louis X is history's first tennis player known by name. Another of the early enthusiasts of the game was King Charles V of France, who had a court set up at the Louvre Palace.

It wasn't until the 16th century that rackets came into use, and the game began to be called "tennis", from the French term , which can be translated as "hold!", "receive!" or "take!", an interjection used as a call from the server to his opponent. It was popular in England and France, although the game was only played indoors where the ball could be hit off the wall. Henry VIII of England was a big fan of this game, which is now known as real tennis. During the 18th century and early 19th century, as real tennis declined, new racket sports emerged in England.

Between 1859 and 1865 Harry Gem and his friend Augurio Perera developed a game that combined elements of racquets and the Basque ball game pelota, which they played on Perera's croquet lawn in Birmingham, England, United Kingdom. In 1872, along with two local doctors, they founded the world's first tennis club in Leamington Spa.

Athletes will compete in Singles, Doubles, and Mixed Doubles.

Deadline for entry is one week prior to the event

Ventana Ranch Tennis courts are located on the East side of the intersection of Universe and Ventana Village Road, between Paradise and Irving 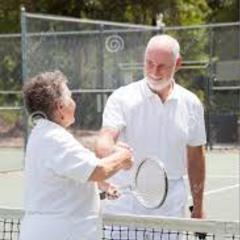 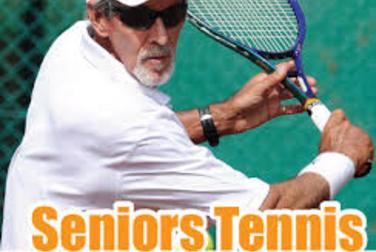 Tennis has often been referred to as  the "Sport of a Lifetime" because you can start at any age and end at any age. Sometimes staying in shape is hard to do considering all the distraction.  The sport will combine fitness with a fun activity.

Benefits are both mental and physical. With all the conditioning involved in the sport your overall health and fitness is greatly rewarded. When playing tennis calorie burnout goes into over drive. Covering the baseline means you won't have to cover your waistline. Speed, strength, agility, coordination, and overall flexibility will improve. The immune system is also strengthened. The many benefits of playing tennis are well documented, but for all to truly appreciate the sport you must pick up a racquet, head to a tennis court, and experience it. 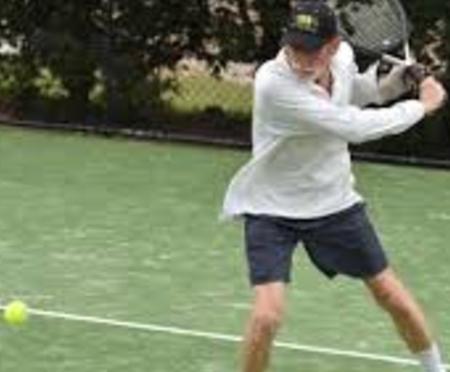