Thursday  (Open gym for any group)

We welcome all seniors to keep an eye on our upcoming schedule and enjoy the evening of competition with us.

Volleyball can be played one on one, but it is better played with several players on each side, requiring players to work well as a team. This sport builds agility, coordination, speed, and balance. Volleyball can be physically demanding due to its quick change of pace and direction.

Flexibility, speed, upper and lower body strength are all essential skills to play this sport effectively.

Your involvement in volleyball can improve your mood, reduce stress, and encourage pride in your accomplishments.

The first official ball used in volleyball is disputed; some sources say that Spalding created the first official ball in 1896, while others claim it was created in 1900. The rules evolved over time: in the Philippines by 1916, the skill and power of the set and spike had been introduced, and four years later a "three hits" rule and a rule against hitting from the back row were established. In 1917, the game was changed from 21 to 15 points. In 1919, about 16,000 volleyballs were distributed by the American Expeditionary Forces to their troops and allies, which sparked the growth of volleyball in new countries.

The first country outside the United States to adopt volleyball was Canada in 1900. An international federation, the Fédération Internationale de Volleyball (FIVB), was founded in 1947, and the first World Championships were held in 1949 for men and 1952 for women.The sport is now popular in Brazil, in Europe (where especially Italy, the Netherlands, and countries from Eastern Europe have been major forces since the late 1980s), in Russia, and in other countries including China and the rest of Asia, as well as in the United States.

A nudist/naturist volleyball game at the Sunny Trails Club during the 1958 Canadian Sunbathing Association (CSA) convention in British Columbia, Canada

Beach volleyball, a variation of the game played on sand and with only two players per team, became a FIVB-endorsed variation in 1987 and was added to the Olympic program at the 1996 Summer Olympics. Volleyball is also a sport at the Paralympics managed by the World Organization Volleyball for Disabled.

Nudists were early adopters of the game with regular organized play in clubs as early as the late 1920s. By the 1960s, a volleyball court had become standard in almost all nudist/naturist clubs. 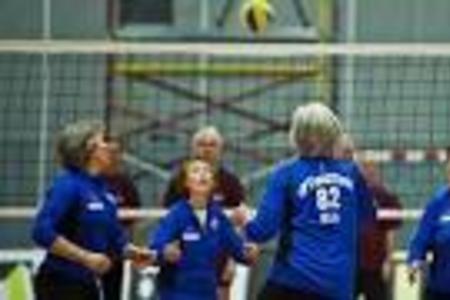 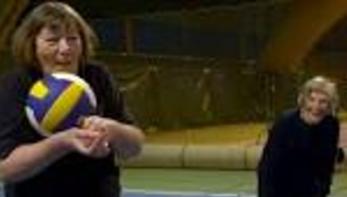 Friday thru Sunday,  All Day Events

For More Info Refer to Link Below: 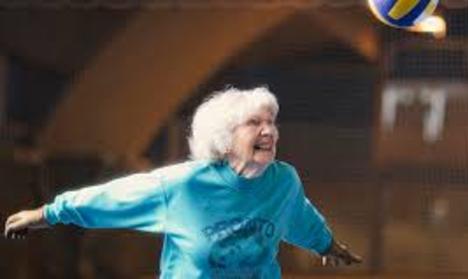