Disc Golf is a similar to regular golf. However, instead of using golf clubs and balls aiming for a hole, Disc Golf players use golf discs and aim for a Disc Pole Hole, a pole extending up from the ground with chains and a basket where the disc lands.

Course will be an 18 hole Competition

The history of disc golf is closely tied to the history of the recreational flying disc (especially as popularized by the trademarked Frisbee). The first known instance of anyone playing golf with a flying disc occurred in Bladworth, Saskatchewan, Canada in 1926. Ronald Gibson and a group of his Bladworth Elementary School buddies played a game throwing tin plates at targets such as trees and fence posts. They called the game Tin Lid Golf and played on a fairly regular basis on a disc golf course they laid out on their school grounds. However, after they grew older and went their separate ways, the game came to an end. It wasn't until the 1970s that disc golf would be reintroduced to Canadians at the Canadian Open Frisbee Championships in Toronto.

Modern disc golf started in the early 1960s, when it seems to have been invented in many places and by many people independently. Students at Rice University in Houston, Texas, for example, held tournaments with trees as targets as early as 1964, and in the early 1960s, players in Pendleton King Park in Augusta, Georgia would toss Frisbees in 50-gallon barrel trash cans designated as targets.

In 1968 Frisbee Golf was also played in Alameda Park in Santa Barbara, Ca. by teenagers in the Anacapa and Sola street areas. Gazebos, water fountains, lamp posts and trees were all part of the course. This took place for several years and an Alameda Park collectors edition disc still exists, though rare as few were made. Clifford Towne from this group went on to hold a National Time Aloft record and continues to teach the sport of Ultimate to youth in So. California's Hollywood area. 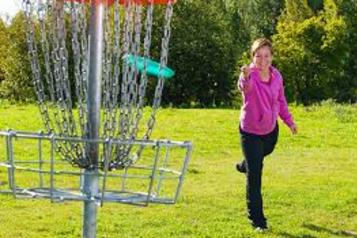 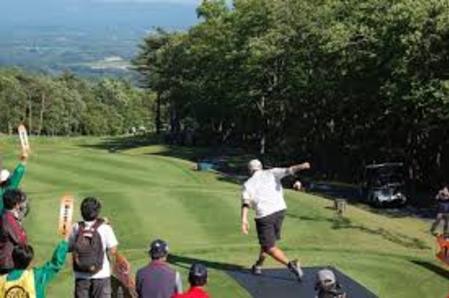 Disc Golf is not a traditional sport, and players can develop skills at their own pace. Disc golf is a great

sport because seniors don’t have to be concerned

with formalities such as tee off times and score cards.

Disc golf benefits come in both physical and mental.

You quickly learn to appreciate the enjoyment and

social aspect of the game. You will also burn plenty of calories as you meet the challenges of the course, but

most people don't even consider it exercise. Disc golf

is a sport that will help you develop patience as the

courses vary so does the approach to the game. There

are many variables when trying to making that accurate disc shot. Part of the fun and satisfaction is watching

your practice payoff when your score continues to

improve and you hear the clink of the chains when

the disc comes to rest inside of the basket. Disc golf

is not only fun, but rather inexpensive. 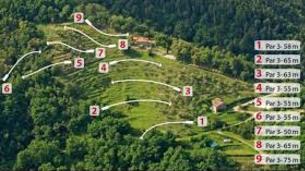