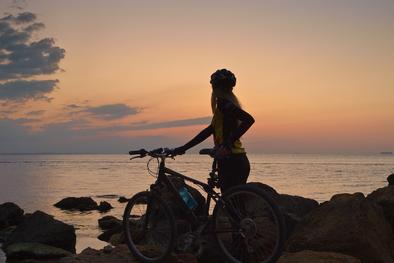 Cycling is a feel good exercise with very low impact. It allows you to adjust the gears to your comfort level then soft pedaling makes it much easier on your joints and knees.  Cycling requires a good sense of balance and alertness. You never know when you will need to make a quick brake or steering adjustment. Cycling is a great way to exercise that's good for your overall health. Start slow and ride in an area you know. As you get more proficient and confident, add some distance. Other health benefits that regular cycling provides are increased muscle strength, bones get stronger, and you'll become much more flexible. After a fun day of cycling and burning calories, stress levels tend to decrease and joints improve their mobility. 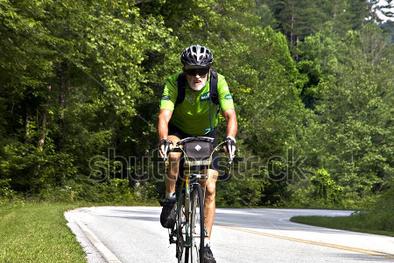 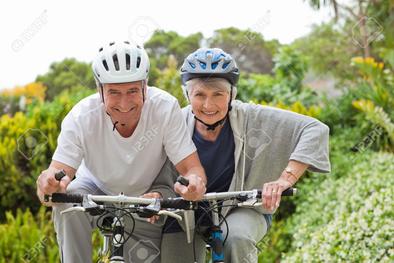 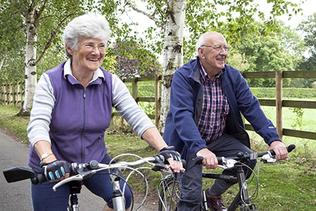 Enjoy the freedom of cycling.

Shortly after the introduction of bicycles, competitions developed independently in many parts of the world. Early races involving boneshaker style bicycles were predictably fraught with injuries. Large races became popular during the 1890s "Golden Age of Cycling", with events across Europe, and in the U.S. and Japan as well. At one point, almost every major city in the US had a velodrome or two for track racing events, however since the middle of the 20th century cycling has become a minority sport in the US whilst in Continental Europe it continues to be a major sport, particularly in the United Kingdom, France, Belgium, Italy and Spain. The most famous of all bicycle races is the Tour de France. This began in 1903, and continues to capture the attention of the sporting world.

In 1899, Charles Minthorn Murphy became the first man to ride his bicycle a mile in under a minute (hence his nickname, Mile-a-Minute Murphy), which he did by drafting a locomotive at New York's Long Island.

As the bicycle evolved its various forms, different racing formats developed. Road races may involve both team and individual competition, and are contested in various ways. They range from the one-day road race, criterium, and time trial to multi-stage events like the Tour de France and its sister events which make up cycling's Grand Tours. Recumbent bicycles were banned from bike races in 1934 after Marcel Berthet set a new hour record in his Velodyne streamliner (49.992 km on November 18, 1933). Track bicycles are used for track cycling in Velodromes, while cyclo-cross races are held on outdoor terrain, including pavement, grass, and mud. Cyclocross races feature man-made features such as small barriers which riders either bunny hop over or dismount and walk over. Time trial races, another form of road racing require a rider to ride against the clock. Time trials can be performed as a team or as a single rider. Bikes are changed for time trial races, using aero bars. In the past decade, mountain bike racing has also reached international popularity and is even an Olympic sport.

Professional racing organizations place limitations on the bicycles that can be used in the races that they sanction. For example, the Union Cycliste Internationale, the governing body of international cycle sport (which sanctions races such as the Tour de France), decided in the late 1990s to create additional rules which prohibit racing bicycles weighing less than 6.8 kilograms (14.96 pounds). The UCI rules also effectively ban some bicycle frame innovations (such as the recumbent bicycle) by requiring a double triangle structure.