The earliest known softball game was played in Chicago, Illinois on Thanksgiving Day, 1887. It took place at the Farragut Boat Club at a gathering to hear the outcome of the Yale University and Harvard University football game. When the score was announced and bets were settled, a Yale alumnus threw a boxing glove at a Harvard supporter. The other person grabbed a stick and swung at it. George Hancock called out "Play ball!" and the game began, with the boxing glove tightened into a ball, a broom handle serving as a bat. This first contest ended with a score of 41-40. The ball, being soft, was fielded barehanded.

George Hancock is credited as the game's inventor for his development of ball and an undersized bat in the next week. The Farragut Club soon set rules for the game, which spread quickly to outsiders. Envisioned as a way for baseball players to maintain their skills during the winter, the sport was called "Indoor Baseball". Under the name of "Indoor-Outdoor", the game moved outside in the next year, and the first rules were published in 1889.

In 1895 Lewis Rober, Sr. of Minneapolis organized outdoor games as exercise for firefighters; this game was known as kitten ball (after the first team to play it), lemon ball, or diamond ball. Rober's version of the game used a ball in circumference, rather than the ball used by the Farragut club, and eventually the Minneapolis ball prevailed, although the dimensions of the Minneapolis diamond were passed over in favor of the dimensions of the Chicago one. Rober may not have been familiar with the Farragut Club rules. Fire Station No. 19 in Minneapolis, Rober's post from 1896 to 1906, was listed on the National Register of Historic Places in part for its association with the sport's development. The first softball league outside the United States was organized in Toronto in 1897.

The name "softball" dates back to 1926. The name was coined by Walter Hakanson of the YMCA at a meeting of the National Recreation Congress. (In addition to "indoor baseball", "kitten ball", and "diamond ball", names for the game included "mush ball", and "pumpkin ball".The name softball had spread across the United States by 1930. By the 1930s, similar sports with different rules and names were being played all over the United States and Canada. The formation of the Joint Rules Committee on Softball in 1934 standardized the rules and naming throughout the United States.

By the 1940s, fastpitch began to dominate the game. Although slow pitch was present at the 1933 World's Fair, the main course of action taken was to lengthen the pitching distance. Slow pitch achieved formal recognition in 1953 when it was added to the program of the Amateur Softball Association, and within a decade had surpassed fastpitch in popularity.

The first British women's softball league was established in 1953.

In 1991, women's fastpitch softball was selected to debut at the 1996 Summer Olympics.The 1996 Olympics also marked a key era in the introduction of technology in softball. The IOC funded a landmark biomechanical study on pitching during the games.

In 2002, sixteen-inch slow pitch was written out of the ISF official rules, although it is still played extensively in the United States under The Amateur Softball Association of America, or ASA rules.

The 117th meeting of the International Olympic Committee, held in Singapore in July 2005, voted to drop softball and baseball as Olympic sports for the 2012 Summer Olympic Games. 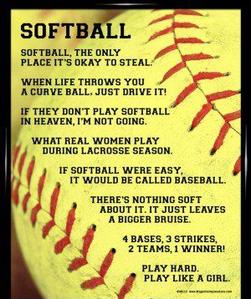 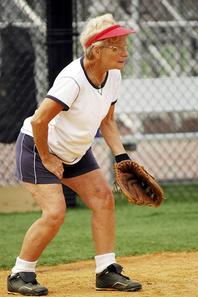 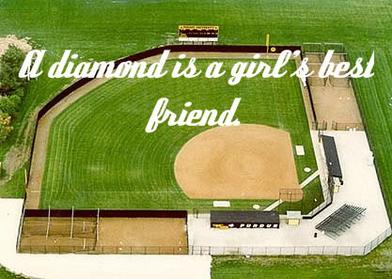 League Play is held on Mondays.

Softball is a fun sport and a great past time and a full body workout. There is great deal of physical activity involved which is also a great calorie burner. It is good fun for all ages. The reward of playing softball also benefits you mentally. You will increase focus and build self -esteem especially when you’ve got the bragging rights for the day.  Practicing, improving skills, and steadily achieving your goals help build confidence and reduce stress. There is a real sense of camaraderie among the team not to mention the changes in positive behavior and discipline that is achieved. 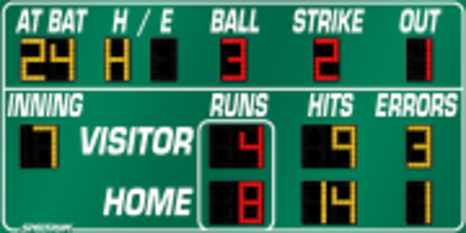 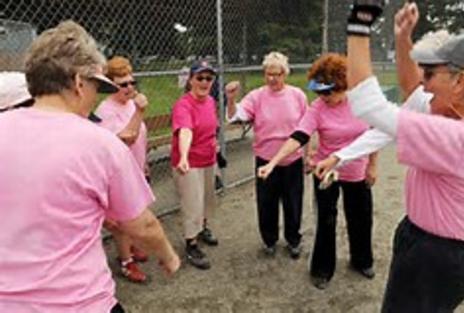