The earliest known forms of bowling date to ancient Egypt and the ancient Roman empire. Remnants of balls used at the time were found among artifacts in ancient Egypt going back to 3200 BC  Balls were made using the husks of grains, covered in material such as leather, and bound with string. Other balls made of porcelain have also been found, indicating that these were rolled along the ground rather than thrown due to their size and weight.Some of these resemble the modern day jack used in target bowl games. Bowling games of different forms are also noted by Herodotus as an invention of the Lydians in Asia Minor. About 2,000 years ago a similar game evolved between Roman legionaries entailing the tossing of stone objects as close as possible to other stone objects, which eventually evolved into Italian Bocce, or outdoor bowling.

About 400 AD bowling began in Germany as a religious ritual to cleanse oneself from sin by rolling a rock into a club (kegel) representing the heathen, causing bowlers to be called keglers.

In 1299 the oldest known bowling green for target style bowling to survive to modern times was built, Master's Close (now the Old Bowling Green of the Southampton Bowling Club) in Southampton, England; it is still in use.

In 1325 laws were passed in Berlin and Cologne limiting bets on lawn bowling to five shillings.

In 1366 the first official mention of bowling in England was made when King Edward III banned it as a distraction to archery practice.

In the 15th-17th centuries lawn bowling spread from Germany into Austria, Switzerland, and the Low Countries, with playing surfaces made of cinders or baked clay.

In 1455 lawn bowling lanes in London were first roofed-over, turning bowling into an all-weather game. In Germany they were called kegelbahns, often attached to taverns and guest houses.

In 1463 a public feast was held in Frankfurt, Germany, with a venison dinner followed by lawn bowling. 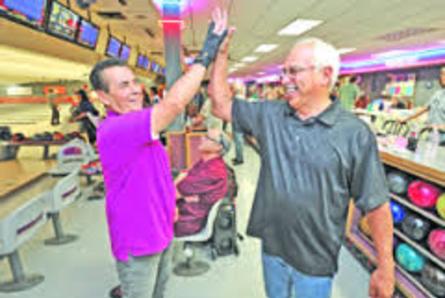 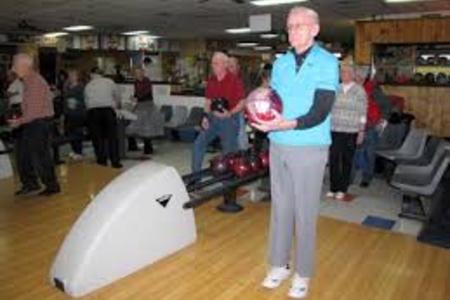 The American Bowling Association has said that more than 25 percent of the Americans enjoy bowling. This makes bowling the sport that people take most part in. It is not only great way to spend an afternoon but it also has many health benefits. When bowling your body and arms receive a weight-based workout.

As you repeatedly swing the ball, the flexing, bending, twisting and stretching that occurs tones your shoulders, arms, chest, and leg muscles. This will improve your strength, balance, and joint flexibility.

An average bowler using a ball that weighs 16 pounds swings a total of 864 pounds in a three-game series, which is more than one-third of a ton. 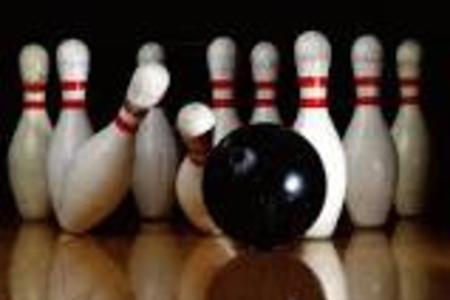