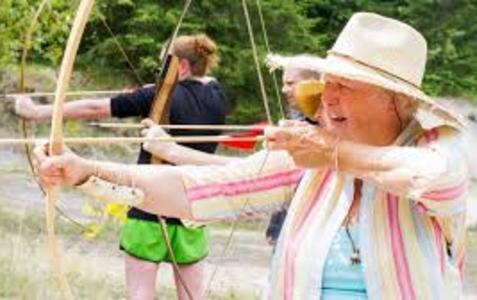 The bow and arrow seems to have been invented in the later Paleolithic or early Mesolithic periods. The oldest signs of its use in Europe come from the Stellmoor (de) in the Ahrensburg valley (de) north of Hamburg, Germany and dates from the late Paleolithic, about 10,000–9000 BC. The arrows were made of pine and consisted of a mainshaft and a 15–20 centimetres (5.9–7.9 inches) long fore shaft with a flint point. There are no definite earlier bows; previous pointed shafts are known, but may have been launched by spear-throwers rather than bows. The oldest bows known so far come from the Holmegård swamp in Denmark. Bows eventually replaced the spear-thrower as the predominant means for launching shafted projectiles, on every continent except Australasia, though spear-throwers persisted alongside the bow in parts of the Americas, notably Mexico and among the Inuit.
Bows and arrows have been present in Egyptian culture since its predynastic origins. In the Levant, artifacts that could be arrow-shaft straighteners are known from the Natufian culture, (c. 10,800–8,300 BC) onwards. The Khiamian and PPN A shouldered Khiam-points may well be arrowheads.
Classical civilizations, notably the Assyrians, Greeks, Armenians, Persians, Parthians, Indians, Koreans, Chinese, and Japanese fielded large numbers of archers in their armies. Akkadians were the first to use composite bows in war according to the victory stele of Naram-Sin of Akkad. Egyptians used composite bows for warfare already from the 16th Century BC while the Bronze Age Aegean Cultures were able to deploy a number of state-owned specialised bowmakers for warfare and hunting purposes already from the 15th century BC.The Welsh longbow proved its worth for the first time in Continental warfare at the Battle of Crécy In the Americas archery was widespread at European contact.
Archery was highly developed in Asia. The Sanskrit term for archery, dhanurveda, came to refer to martial arts in general. In East Asia, Goguryeo, one of the Three Kingdoms of Korea was well known for its regiments of exceptionally skilled archers. 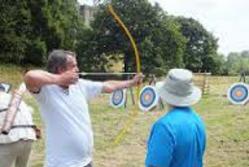 There are two decisions you need to make when you're first starting archery: Which type of archery you're interested in, and which bow will work best for you. Whether you want to shoot inside or outside, at a range or in the wilderness. You must also learn which bow is right for you.There are several types to choose from such as recurve, compound, crossbow, or the traditional. The physical benefits of archery include increasing flexibility in your hands and fingers and developing your arm strength. In addition, hand-eye coordination improves, as does mental concentration and mental strength. A successful archer must know how to free his mind from distractions and focus on his target, which makes archery both a beneficial mind exercise as well as a great form of physical exercise. Balance is also paramount to success in archery, as the body must be held still while aiming . The best way to approach archery is to find an archery store near you and let the experts teach you everything you need to know to get started. 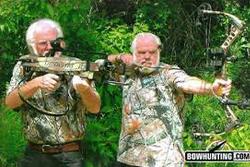 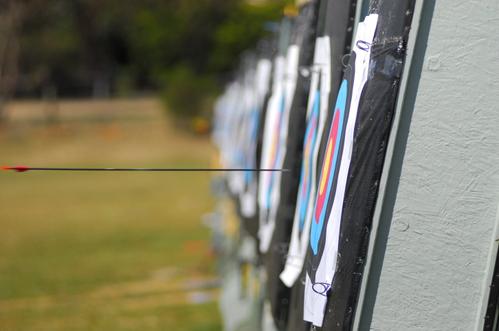 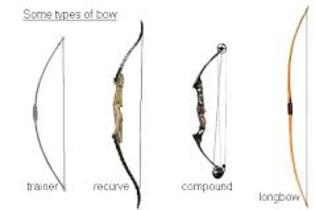 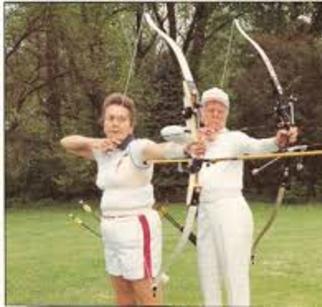