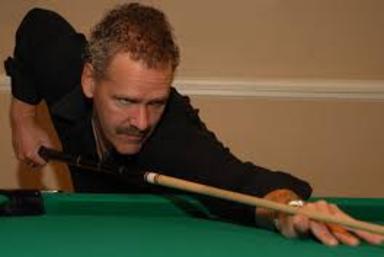 Playing Eight Ball is a game that is anyone can learn how to play. It can be as competitive as you want it to be. There is no age restriction. You can start at a very young age and continue playing well into your best years. Although it can be quite fun, Pool also requires much concentration and a sharp mind when your taking into account the different angles and the physics for each shot: (the cue ball and the target ball), the angle of their own cue, the angle the cue ball will move in once it is hit and if the cue ball will strike the target ball. Being levelheaded, maintaining control, and Good Hand-eye coordination are key components to having success in this game. The requirement to sink the shots in their desired location is not that easy. There is also a physical benefit to this game. All the constant stretching, bending, and standing on one foot to take each shot provides the pool player greater flexibility and balance. Muscle tone in the back,hip, and leg muscles is also achieved. 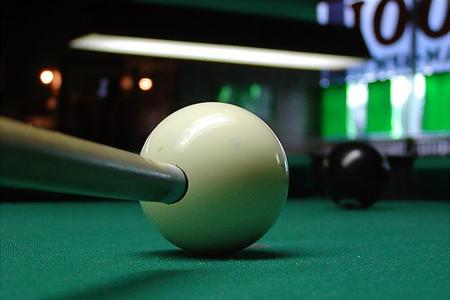 ​Deadline to register 5 days prior to event

The game of eight-ball is derived from an earlier game invented around 1900 (first recorded in 1908) in the United States and initially popularized under the name "B.B.C. Co. Pool" (a name that was still in use as late as 1925) by the Brunswick-Balke-Collender Company. This forerunner game was played with seven yellow and seven red balls, a black ball, and the cue ball. Today, numbered stripes and solids are preferred in most of the world, though the British-style offshoot, blackball, uses the traditional colors (as did early televised "casino" tournaments in the U.S.). The game had relatively simple rules compared to today and was not added (under any name) to an official rule book (i.e., one published by a national or international sport governing body) until 1940.