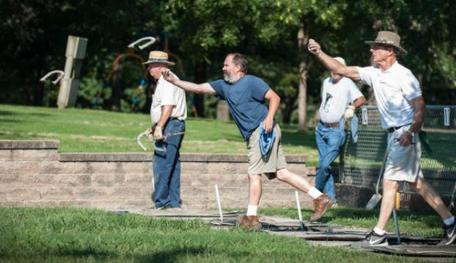 The history of quoits is disputed. One theory often expressed is that the sport evolved as a formalized version of horseshoes, which is a sport that involves pitching a horseshoe at a spike in the ground. A more likely explanation, however, is that horseshoes evolved from the sport of quoits, which in turn has its origins in ancient Greece. On its website, the United States Quoiting Association explains that poorer citizens in ancient Greece, who could not afford to buy a real discus, made their own by bending horseshoes - which in those days weighed as much as four pounds each. The practice was adopted by the Roman army and spread across mainland Europe to Britain. The aim of the sport remained as a competition to see who could throw the object the furthest, until "at some later, undocumented point in history, perhaps around a few centuries A.D., the idea of using a wooden stake or metal pin driven into the ground, to use specifically as a target to throw at, totally redefined the pastime from a game of distance to a game of accuracy."

Whilst the first quoits were apparently made from horseshoes, in the context of the game's evolution the significant point is that they were initially closed to form a ring and used in their open form only after the practice of pitching at a spike had been established.

In England quoits became so popular that it was prohibited by Edward III and Richard II to encourage archery. Despite this setback, by the 15th century there is evidence that it had become a well-organized sport, not least because of the numerous attempts to eradicate it from the pubs and taverns of England owing to its apparently seedy character.

It is not until the 19th century, however, that the game is documented in any detailed way. The official rules first appeared in the April 1881 edition of The Field, having been defined by a body formed from pubs in Northern England.

The popularity of the game during the 19th and early 20th centuries also gave rise to several variants, usually with the aim of allowing the game (or a version of it) to be played indoors or making it accessible to women and children. Games such as ringtoss or hoopla became popular as parlour games, whilst versions such as indoor quoits allowed pubs and taverns to maintain their quoits teams through the winter months. Deck quoits began life some time in the early 1930s as a pastime to occupy passengers on long cruises. 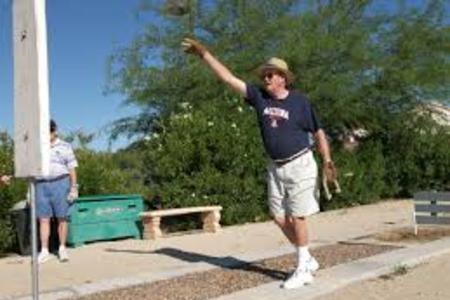 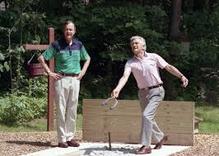 Horseshoes provides a means for people of all ages to enjoy good exercise while having fun. You will receive a light cardio workout, increasing your flexibility and coordination. This game can bring enormous fun to your backyard. The social activity involved improves overall quality of life. It is great to play with friends and family, and anyone who like a little friendly competition.  This game reduces stress, increases focus, and make no mistake about it, to be competitive it takes a lot more finesse than most people imagine. There are many little tricks you will need to discover. But if you stick with it you will find your game constantly improving. Hand to eye coordination, a sense of stability, and improving overall mood are just a few more of the added benefits.

Deadline to register 5 days prior to event
Registration form

Event is held at the Daniel Fernandez Park 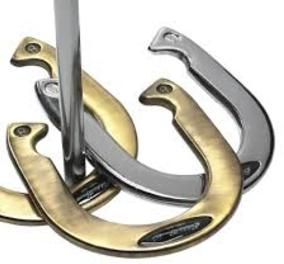 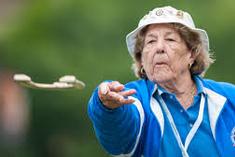 ​​​This Event is Open to Out of State Participants