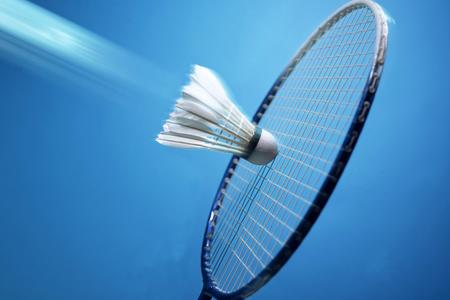 Badminton is not only a fun sport, but it is physically  beneficial to both your upper and lower body. Badminton can reduce risk to many health issues such as high blood pressure, diabetes, and obesity. Increased mobility, flexibility, and strength are realized when playing badminton. Badminton is played at a fast pace which will improve your reflexes, and agility. It is also a great game for social interaction and relieving stress. It is a great sport and will improve your overall health.

Games employing shuttlecocks have been played for centuries across Eurasia but the modern game of badminton developed in the mid-19th century among the British as a variant of the earlier game of battledore and shuttlecock. ("Battledore" was an older term for "racquet".) Its exact origin remains obscure. The name derives from the Duke of Beaufort's Badminton House in Gloucestershire, but why or when remains unclear. As early as 1860, a London toy dealer named Isaac Spratt published a booklet titled Badminton Battledore—A New Game but unfortunately no copy has survived.An 1863 article in The Cornhill Magazine describes badminton as "battledore and shuttlecock played with sides, across a string suspended some five feet from the ground".

The game may have originally developed among expatriate officers in British India,where it was very popular by the 1870s. Ball badminton, a form of the game played with a wool ball instead of a shuttlecock, was being played in Thanjavur as early as the 1850s and was at first played interchangeably with badminton by the British, the woollen ball being preferred in windy or wet weather.

Early on, the game was also known as Poona or Poonah after the garrison town of Pune, where it was particularly popular and where the first rules for the game were drawn up in 1873.By 1875, returning officers had started a badminton club in Folkestone. Initially, the sport was played with sides ranging from 1–4 players but it was quickly established that games between two or four competitors worked the best.The shuttlecocks were coated with India rubber and, in outdoor play, sometimes weighted with lead. Although the depth of the net was of no consequence, it was preferred that it should reach the ground.

The sport was played under the Pune rules until 1887, when the J.H.E. Hart of the Bath Badminton Club drew up revised regulations. In 1890, Hart and Bagnel Wild again revised the rules.The Badminton Association of England published these rules in 1893 and officially launched the sport at a house called "Dunbar" in Portsmouth on 13 September. The BAE started the first badminton competition, the All England Open Badminton Championships for gentlemen's doubles, ladies' doubles, and mixed doubles, in 1899.Singles competitions were added in 1900 and an England—Ireland championship match appeared in 1904.

England, Scotland, Wales, Canada, Denmark, France, Ireland, the Netherlands, and New Zealand were the founding members of the International Badminton Federation in 1934, now known as the Badminton World Federation 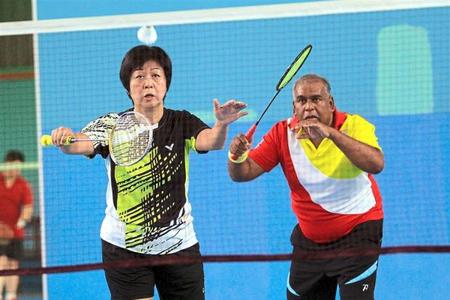 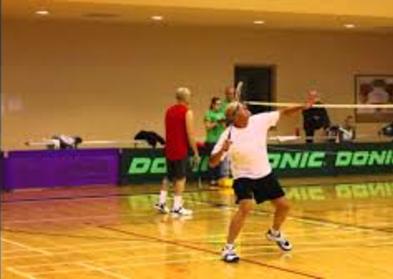