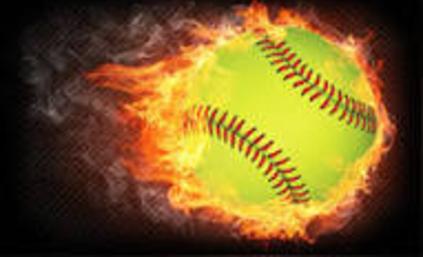 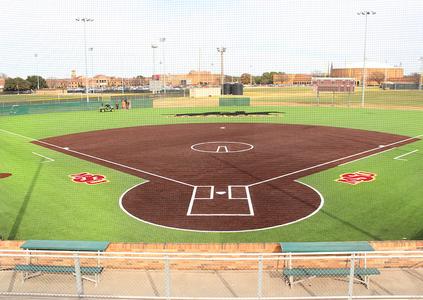 League Play is held on Tuesday and Thursday
mornings from March to September.

Practices start as early as February. If you are interested in playing or adding a team to the league
Contact: Ray Maxey 328-4445

Practices start as early as February. If you are interested in playing or adding a team to the league
Contact: Bill Dubuque 293-9530 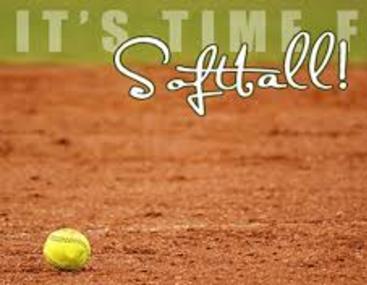 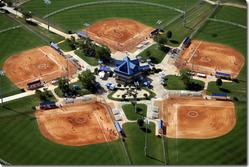 Softball is a variant of baseball played with a larger ball on a smaller field. It was invented in 1887 in Chicago as an indoor game. It was at various times called indoor baseball, mush ball, playground, softball, kitten ball, because it was also played by women, ladies' baseball. The name softball was given to the game in 1926.

A tournament held in 1933 at the Chicago World's Fair spurred interest in the game. The Amateur Softball Association (ASA) of America (founded 1933) governs the game in the United States and sponsors annual sectional and World Series championships. The World Baseball Softball Confederation (WBSC) regulates rules of play in more than 110 countries, including the United States and Canada; before the WBSC was formed in 2013, the International Softball Federation filled this role. Women's fastpitch softball became a Summer Olympic sport in 1996, but it (and baseball) were dropped from the 2012 Games; they will be reinstated for the 2020 Games.

There are three types of softball. In the most common type, slow-pitch softball, the ball, which can measure either 11 or 12 inches in circumference depending on the age and league, must arch on its path to the batter, and there are 10 players on the field at once. In fastpitch softball, the pitch is fast, there are nine players on the field at one time, and bunting and stealing are permitted. Modified softball restricts the windmill windup of the pitcher, although the pitcher is allowed throw as hard as possible with the restricted back swing. Softball rules vary somewhat from those of baseball. Two major differences are that the ball must be pitched underhand—from 46 ft (14 m) for men or 43 ft (13.1 m) for women as compared with 60.5 ft (18.4 m) in baseball—and that seven innings instead of nine consecutive regulation game.

Despite the name, the ball used in softball is not very soft. It is about 12 in (30.5 cm) in circumference (11 or 12 in for slow-pitch), which is 3 in (8 cm) larger than a baseball. Softball recreational leagues for children often use an 11-inch ball. The infield in softball is smaller than on an adult or high school baseball diamond but identical to that used by Little League Baseball; each base is 60 ft (18 m) from the next, as opposed to baseball's 90 ft (27 m). Also the infield in fast pitch softball does not have grass verses baseball at any level that does have grass. 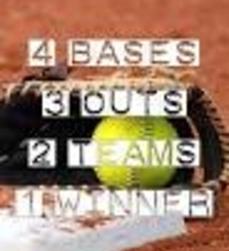 Softball is not only a fun sport, but it is physically  beneficial to both your upper and lower body.There is a lot running, throwing, and fielding. All these activities are providing total body conditioning. The body movements from playing softball require accuracy, power, and quickness.  All this is a great foundation for building muscle and also plays an important role when throwing, hitting, and rounding the bases. The power generated from swinging and hitting the ball comes from the legs and the core. This sport requires players to stay flexible helping them to prevent injury. Softball promotes teamwork, working together to achieve a common goal has always been a recipe for success. 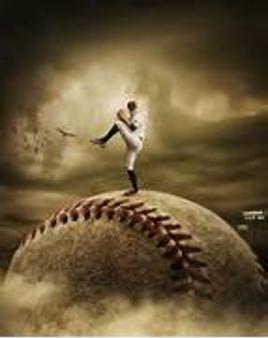 For More Info Refer to Link Below:
2017 NM Senior Olympics