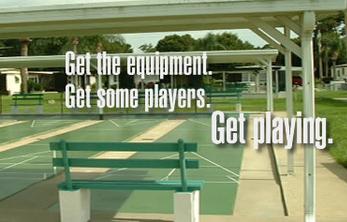 Just Having a Great Time!

For More Information about the Silver Shufflers Program, Contact: Scott Herron at 299-7768. 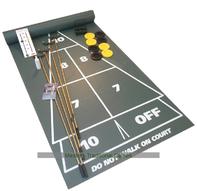 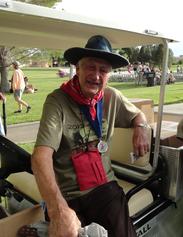 The name "Silver Shufflers" can be associated with any number of activities ranging from cards to dancing.  These shufflers, however, play the floor game of shuffleboard (not the table top format often seen in local lounges).   This sport requires knowledge of angles and combination shots often associated with 8-ball pool.  Due to the wax applied to the court, very little strength is needed to push the disc from one end of the court to the other, so the players will be seen emphasizing technique rather than power.

Shuffleboard is one of the most popular sports played at retirement communities throughout the country, and has players compete at the local, state, and national levels.  While many sports are separated by age and gender, shuffleboard levels the playing field for all, and a 90-year old female can often win against a 50-year old male.  I often hear the story that someone's mother needed both hands to lift a glass of water, but could easily play shuffleboard! 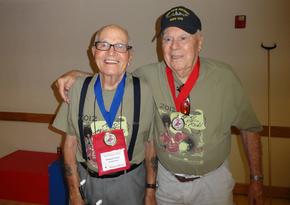